januari 01, 2013
Now it's even to dark during the day for the girls to draw at their table, it was (finally) time to get a good lamp. I always liked just a simple bulb with a pendant and a textile cord, I only didn't like the price. The cord alone was €4,50 per meter and I needed 4,5 meters, and also the pendant, switch, bulb .... So a little DIY. A plain white cord with a crocheted cord around it. The end nicely tucked away in the plug (with switch) and the other end I crocheted over the pendant. Suspended from the ceiling with two little hooks. 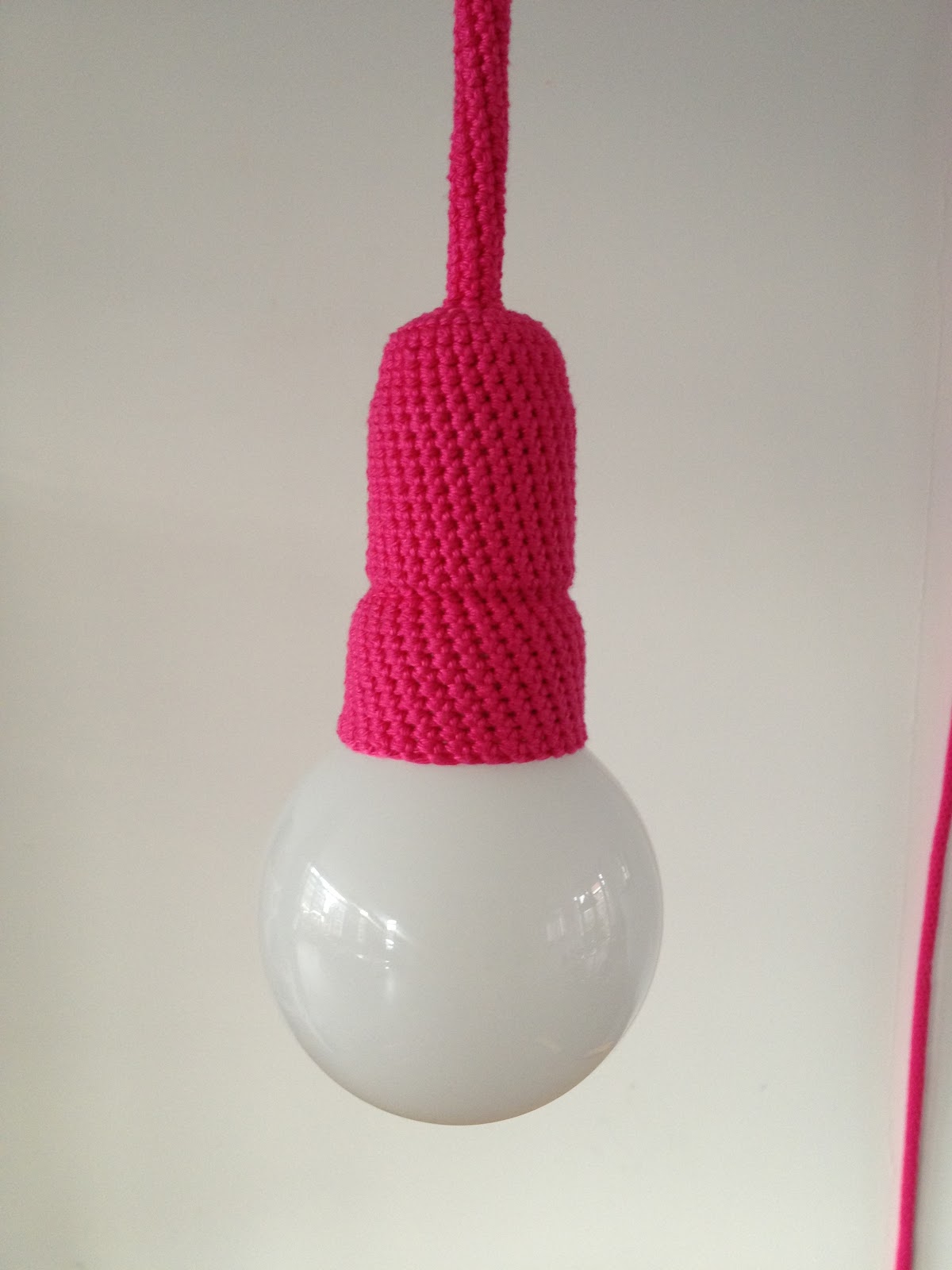 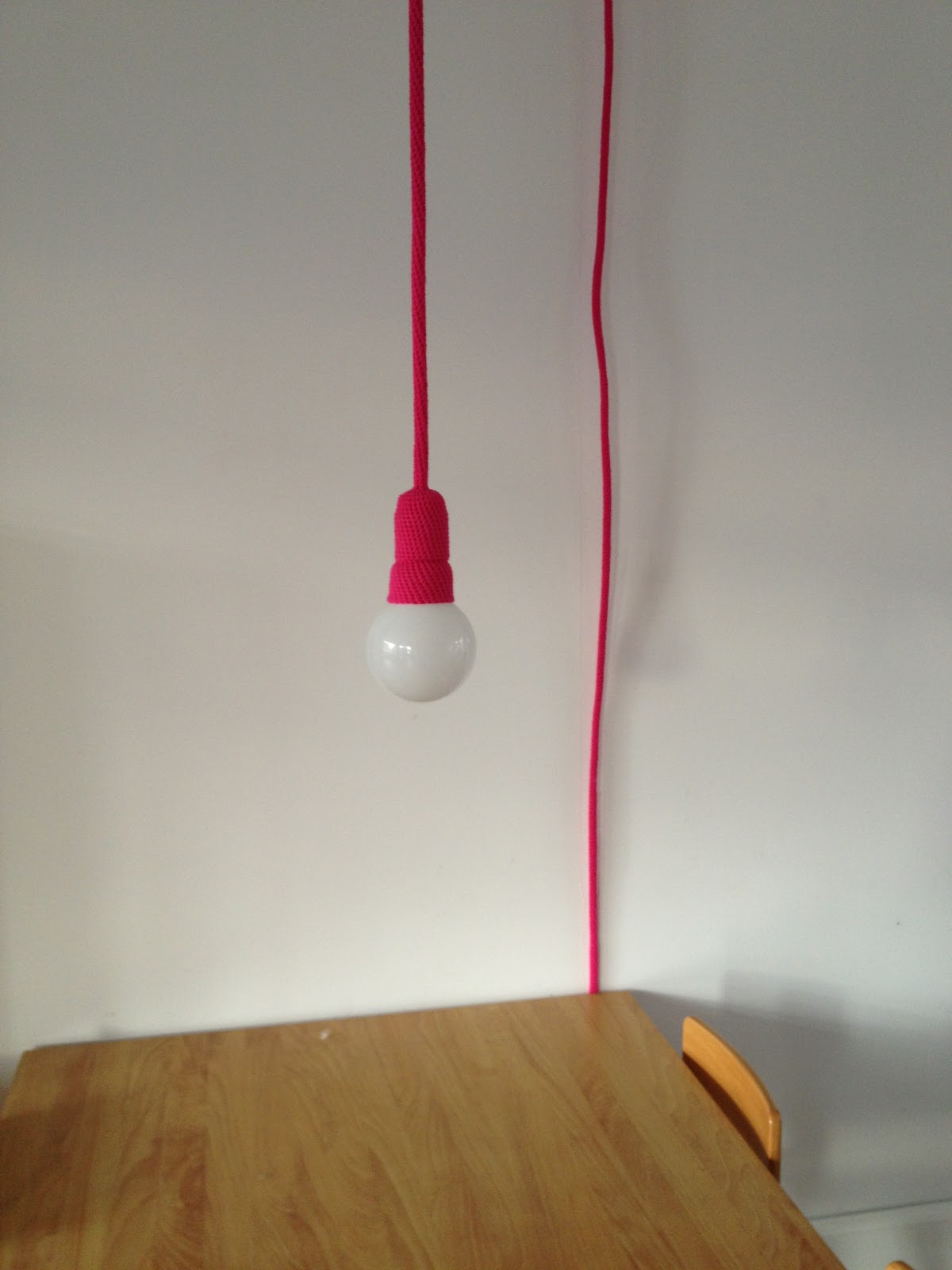 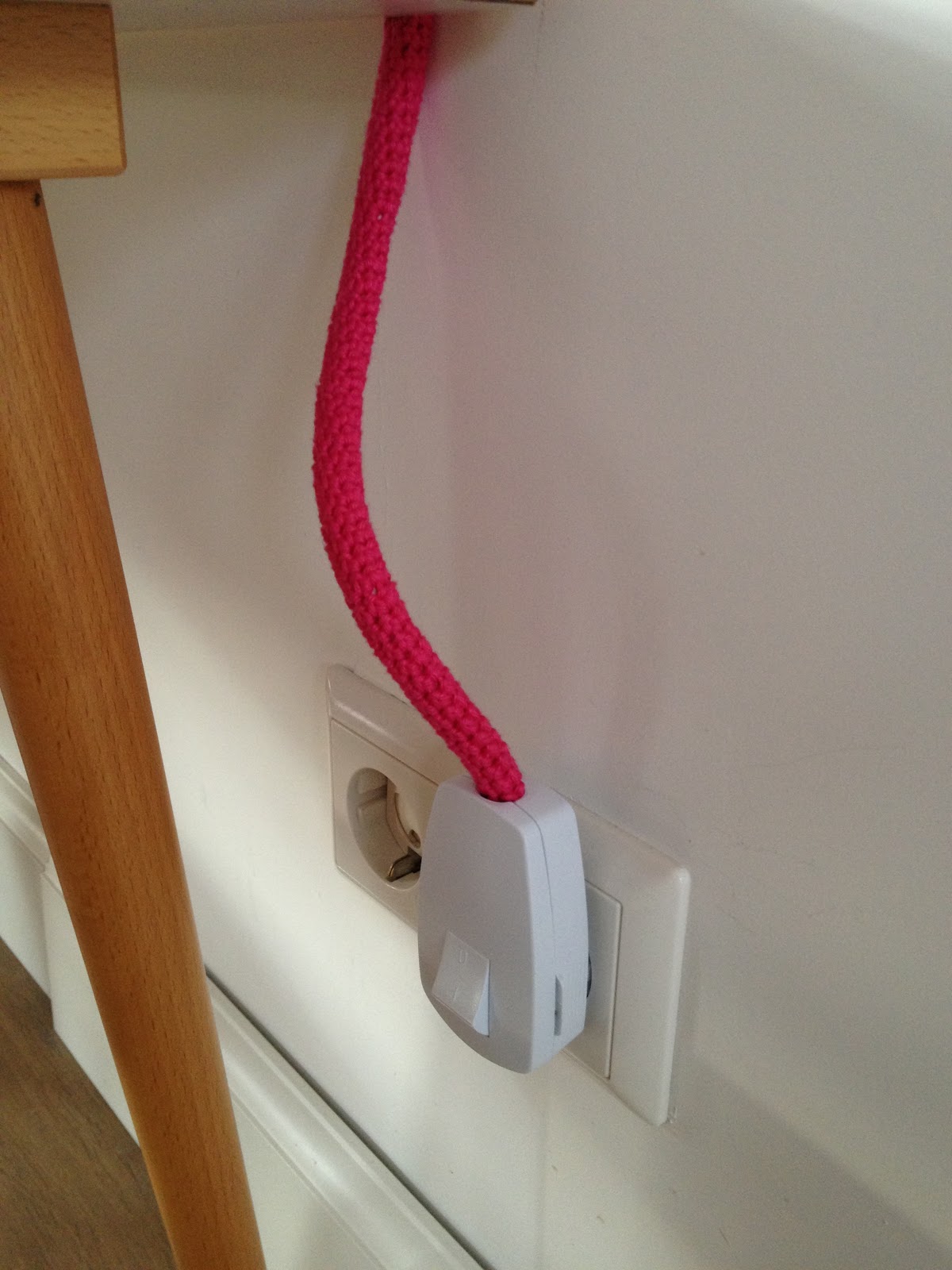 The only problem was that the light was to bright. I extended the crocheted part over the bulb. It's an energy saver lamp, so it doesn't get hot. Now it shines down instead of al around. 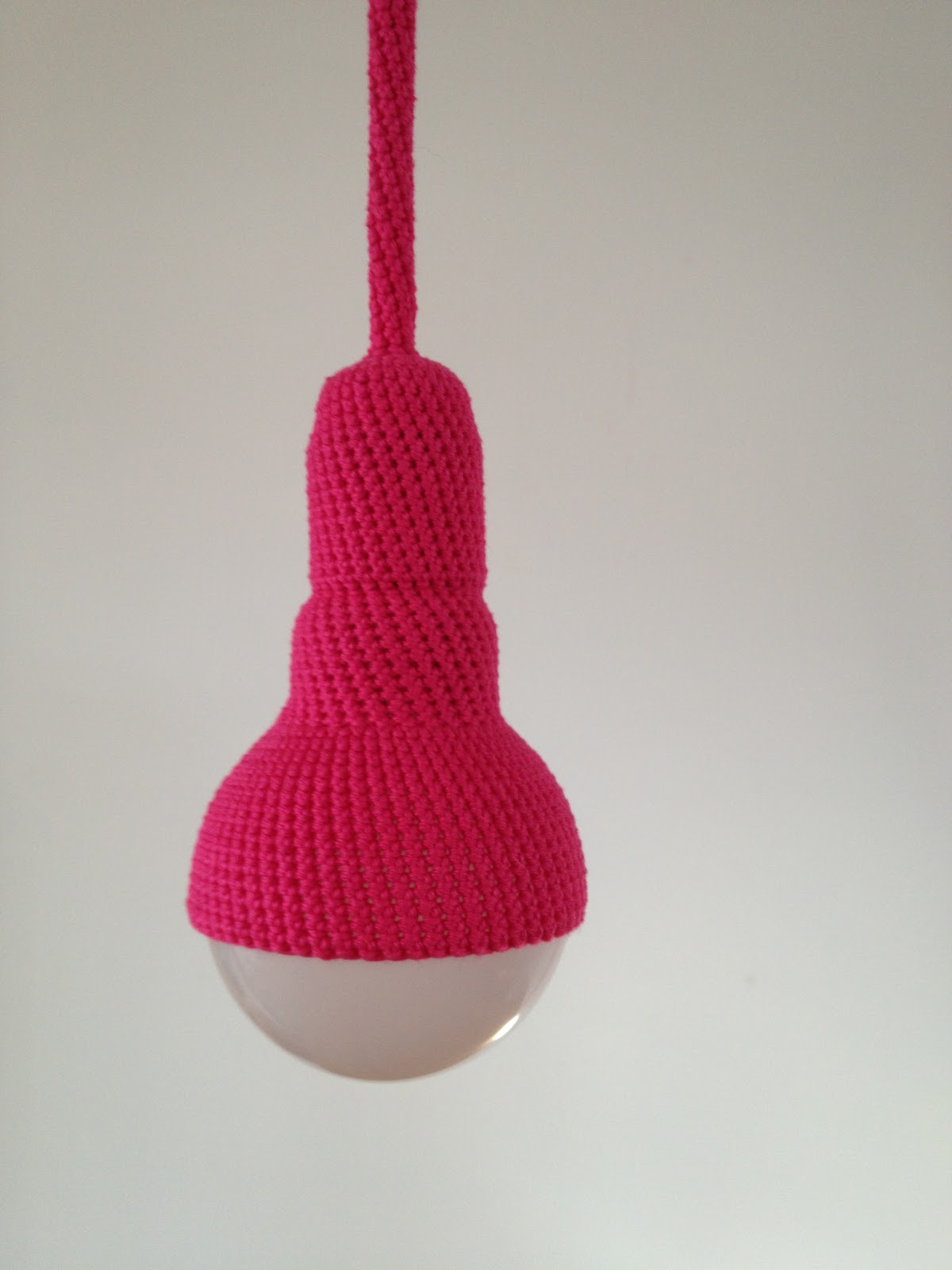 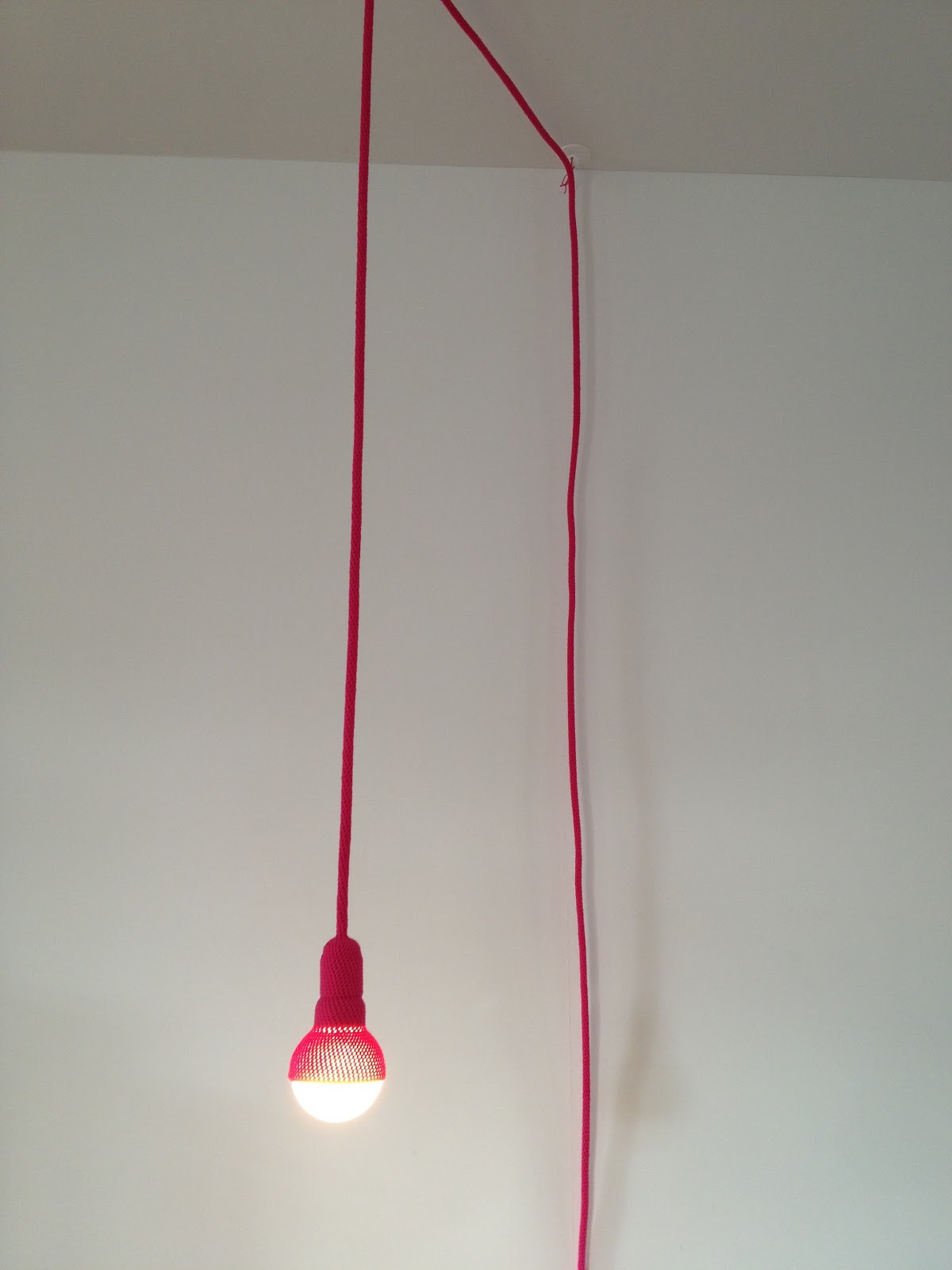 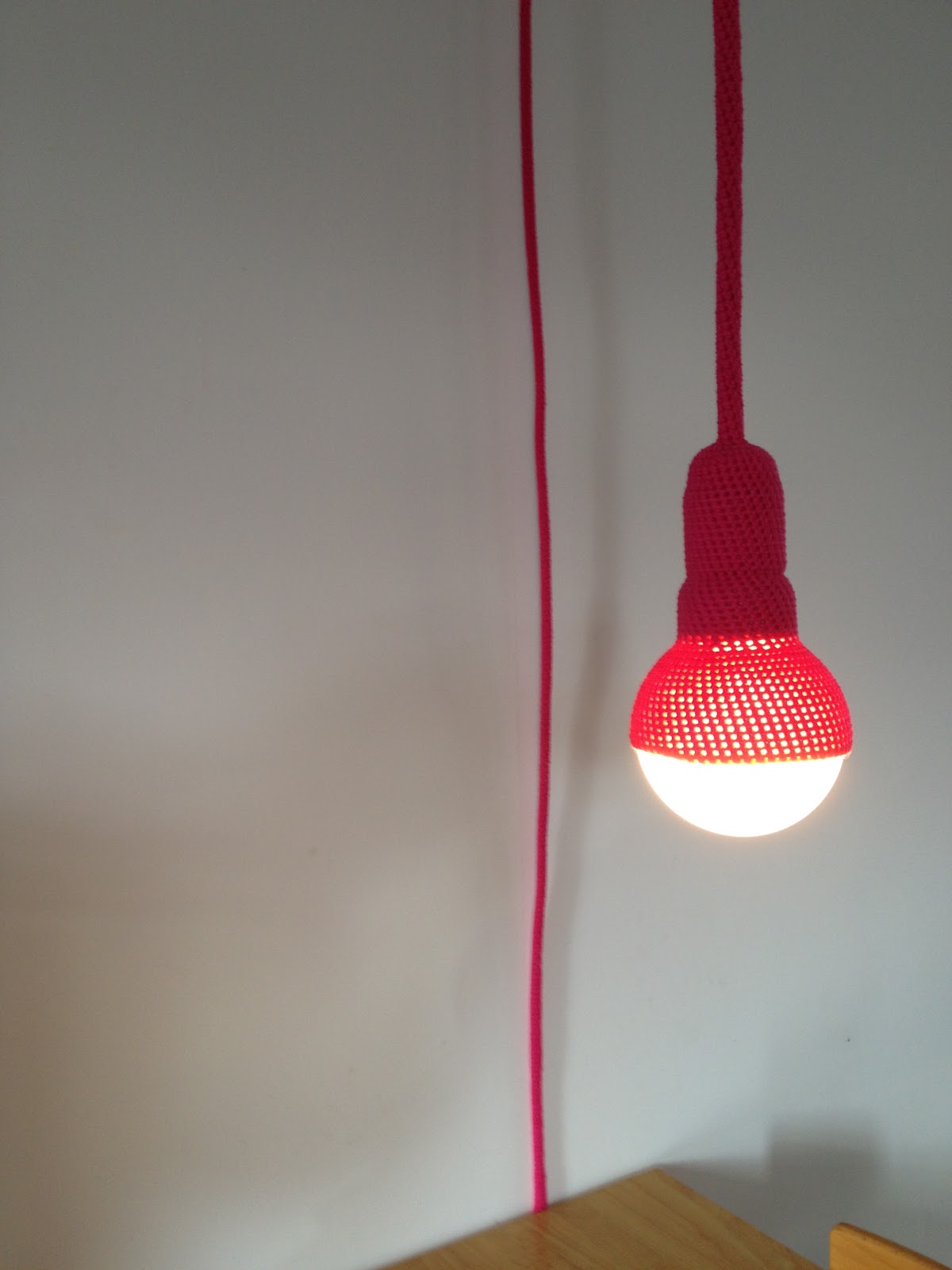 But one lamp is only just one lamp, so I'll make an other one, soon, maybe yellow.
To be continued. 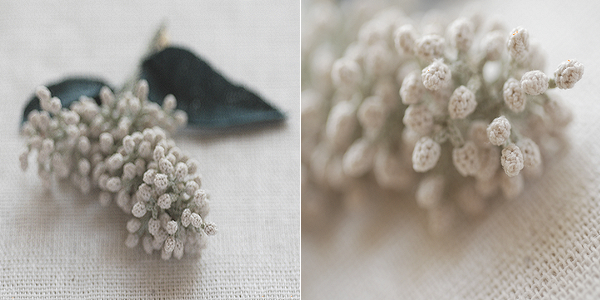 The second crochet artist this week is: Itoamika Jung-jung .  Her crocheted flowers, plants and vegetables are so delicate and lifelike. I especially love her modest use of colour. For more of her work: jungjung.jp
Meer lezen

we have a winner ! 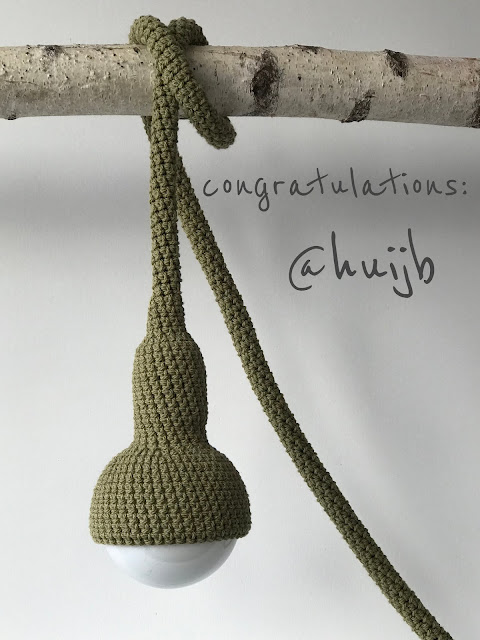 We have a winner ! You have won a Lampe chunky in a colour of your choice. If you didn't win this time, do not worry, because you can order the Lampe chunky with 20% off for the next two weeks. Use CHUNKY20 in my  webshop  or my  Etsyshop  until May 11.
Meer lezen 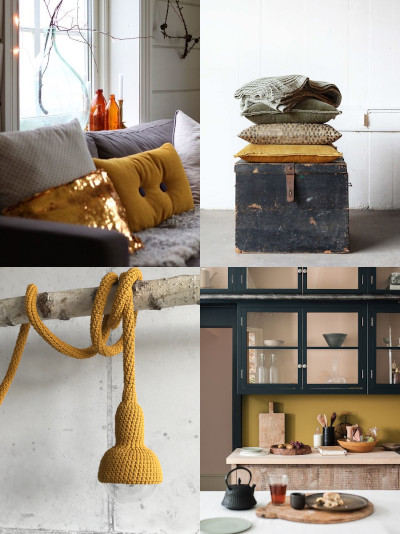